PERSONALITY TRAITS
- I do not place myself above others, We all have the same blood
- I judge people by actions not words
- I’m ready to help
- I watch over my friends

BONDS
- I have a family. They are lost to me, and I hope to find them again.
- Noble gave me a horrible beating, I will not tolerate bullies
- I am a Watcher of the Wood and Suffer terrible visions of coming disaster’s and threats to the forest

FLAWS
- Slow to Trust
- People who knew me when i was young, know my shameful secret, so i can’t go home-yet
- I remember more insults than compliments

Their clubs came down one after another on the diminutive but heartstrong elf. He would not stay on the ground, regardless of the blood leaving his head, the strength leaving his legs and the will leaving his body. His soul reached for the afterlife, one or two more strikes would have sent him to eternity…suddenly it stopped. No one was with him, the voices were silent, the jeers and laughter were no more. And he fell into darkness. He was alone-never to see her, never to touch her again, nor would he hold his infant child, hear her breath as she slept. He would Only know his faint heart beat..thump-thump-thump……thump.

To the nigh-immortal elves, the world seemed not so vast a place, but now, now all had changed. The world was large and imposing, blank, bland, a shade of what had been known. He lifted his head, carried his weary body each step, right after left knowing, praying, swearing that he would find her again, he would hear her call him by his right and proper name and he would take his vengeance upon those who were once as brothers…a voice upon the wind, a guardian who walked atop the leaves of the trees spoke to him the name “Valyn” It was elvish of old, a hint to the deep magic of his people, the word for the will to endure centuries of life, to find and hold love through immortality… “Valyn, that is not how she called me…but, I will feel her whisper it across the deepest places of my heart. I will come to her side once again, and take back my rightful place." 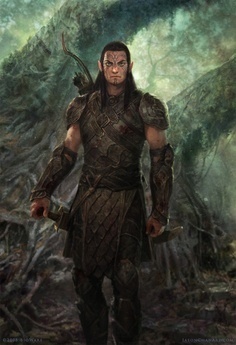